Pipelines can be deployed to run on a variety of edge devices (aka Gateways) with support for accelerated inferencing using Nvidia GPUs and ML accelerators.

The Pipeline Editor is a node-based editor that lets you build a video pipeline quickly. You can drag and drop nodes from the node library to the pipeline canvas and link them up to create your pipeline. For a list of Nodes and how they work, see Node Reference section. 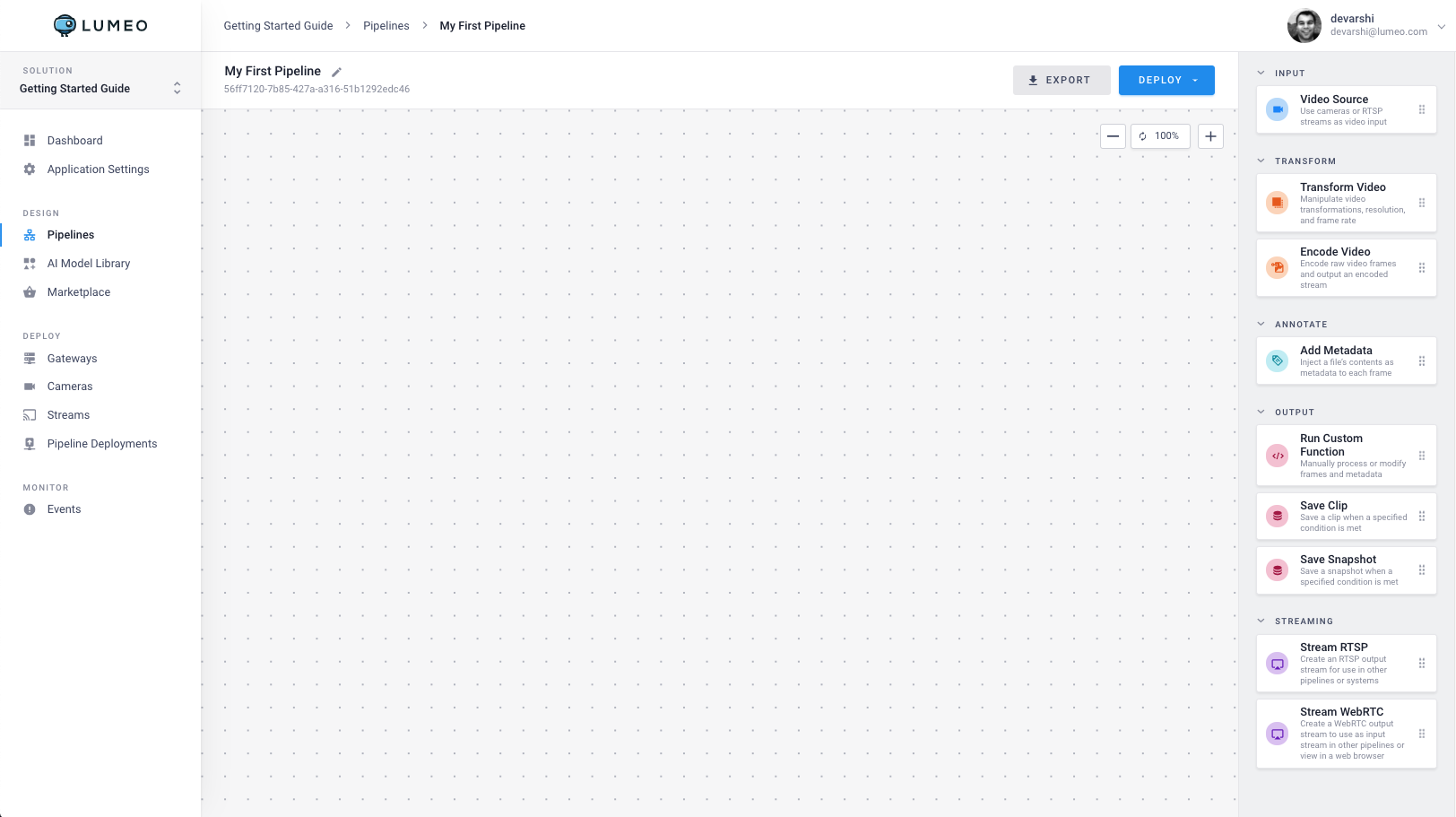 A Pipeline is made up of one or more Nodes which can receive Video from Cameras & Streams, process it, and output files, Streams or metadata to your application.

The editor will also display the metadata that a node outputs along with the media. You can, however, connect 2 nodes that have different metadata (metadata is cumulative - each node simply adds that metadata to each frame it processes).

Lumeo supports the following media types in the pipeline: 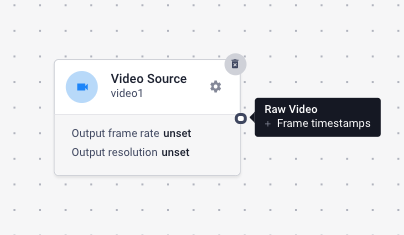 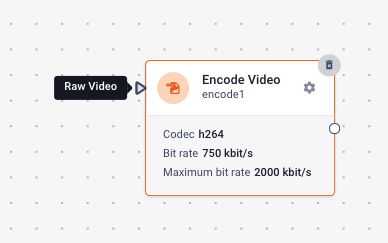 Some nodes have additional properties that you can configure by clicking on the gear icon on the node. Here's how the Node properties work:

This allows you to create a "template" for the Pipeline, and then customize it for each deployment, for instance, on a different device or with a different video source. 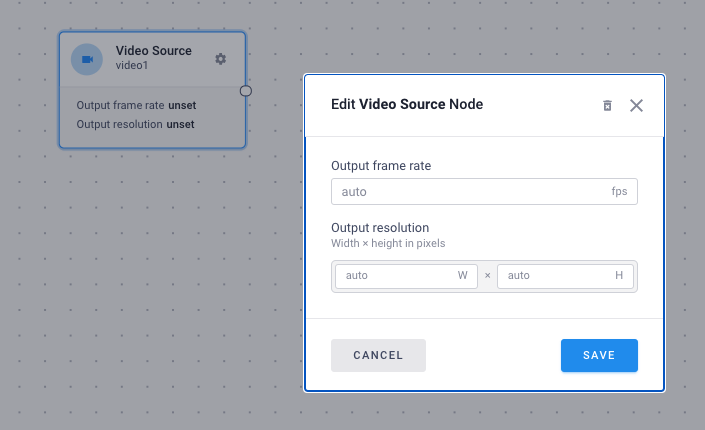 Along with processing media, Pipeline also supports frame-level metadata that is carried along with each frame.

Some nodes (such as Add Metadata Node , AI Model Node , Line Counter Node etc. ) will inject metadata into the frames that they process.

Here is an example of metadata carried in a pipeline that counts objects present in a given region of interest ( utilizing a Video Source Node and Presence Counter Node ).

In order to determine metadata flowing through your pipeline, refer to the documentation for each node that you are using.

Other nodes, such as Save Clip Node , Save Snapshot Node , Webhook Node let you save/send the metadata to external systems.

You can also add, extract or process metadata using the Function Node.

To log or display metadata on the video, use the Display Stream Info Node

Additionally, metadata can be utilized to trigger actions in some nodes. For instance, Save Clip Node can start a clip capture when some event happens.

These trigger conditions are written in a Dot-notation format, operating on top level properties in the metadata. They support the following operators:

In the metadata example above, one could use the following condition:
nodes.annotate_presence1.rois.roi1.total_objects > 0 : Trigger anytime there are non zero objects in a region
usermetadata.value : Checks a boolean

Tip: If you need complex logic for the trigger, it is often easier to put that logic into a Function Node and add custom metadata to the frame :

.. which you can then use as a trigger in this node (ex. usermetadata.value)

See the Node Reference section for details about each node.

You can find an ever growing list of ready-to-use pipeline templates in the Analytics Library, under Solutions. 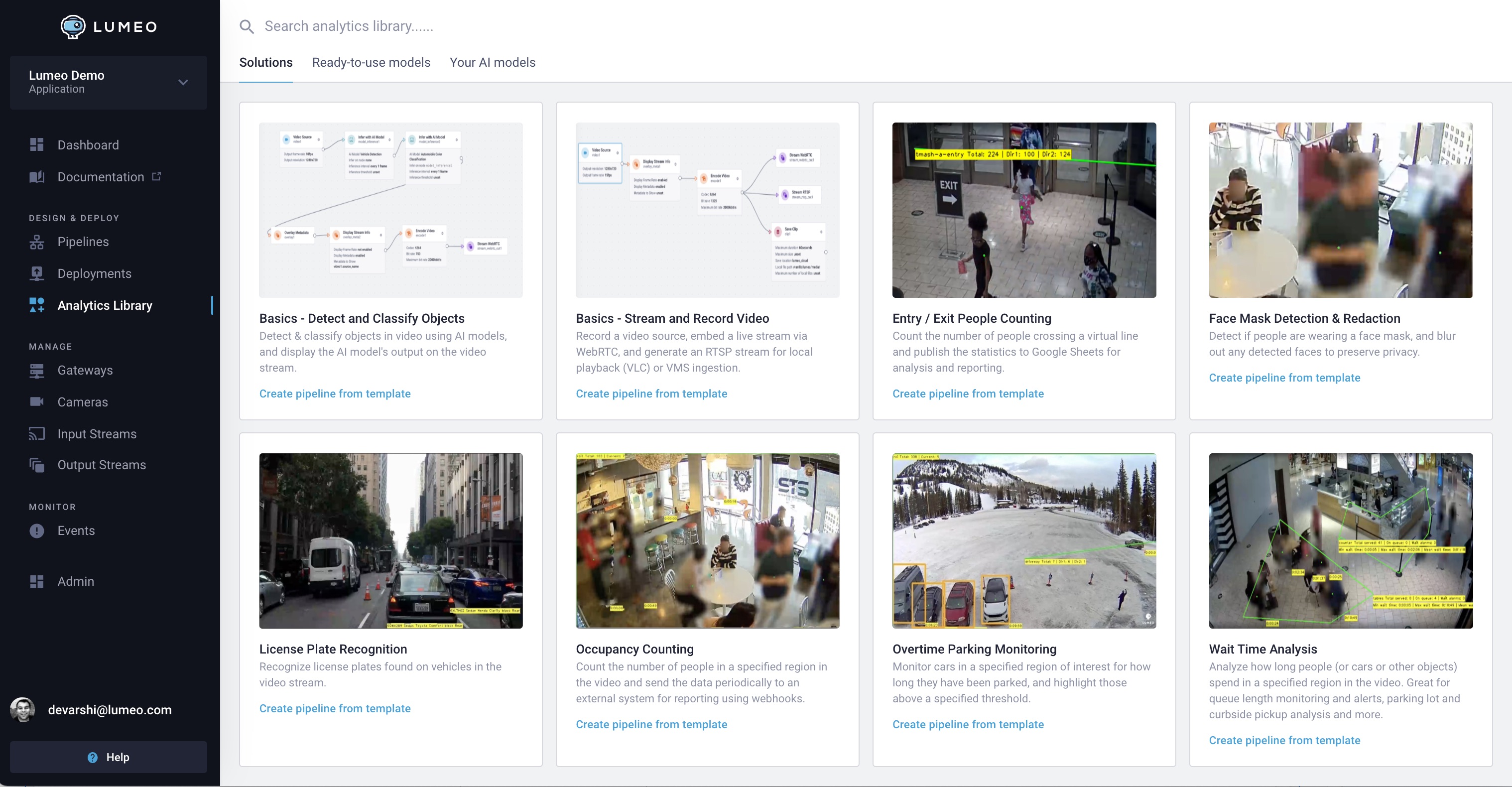 Pipelines need to be deployed on a Gateway in order to run them.

As a part of the deployment process, you can select the source for Video Source nodes, and customize node parameters that were not specified in the Pipeline itself. 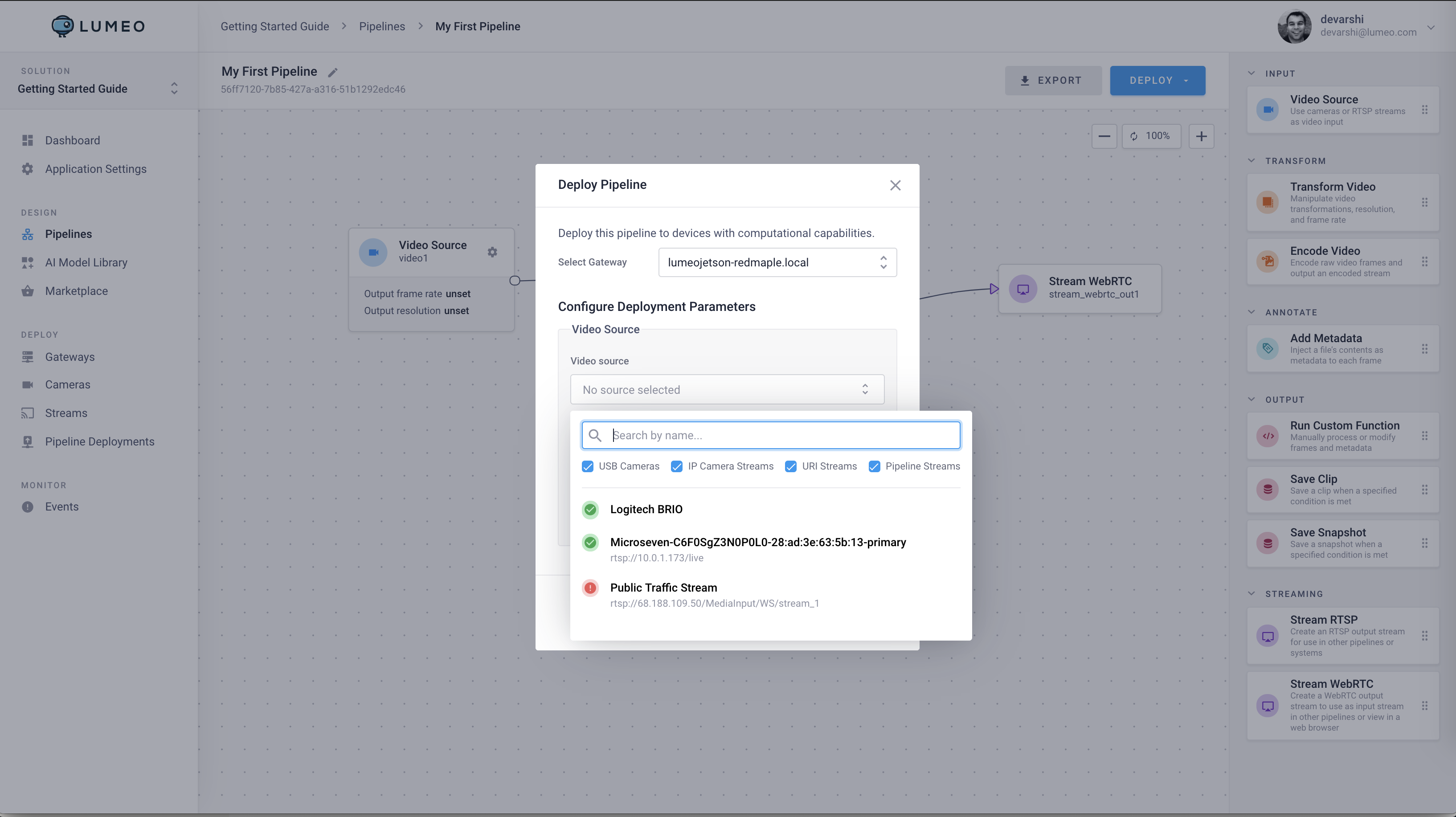 Once deployed, the parameters for that Pipeline Deployment are frozen. For any Streaming output nodes, Lumeo will create those streams once the Pipeline is deployed as well and list them under the deployment details page. Any media that is captured by the Clip & Snapshot nodes will show up there as well. 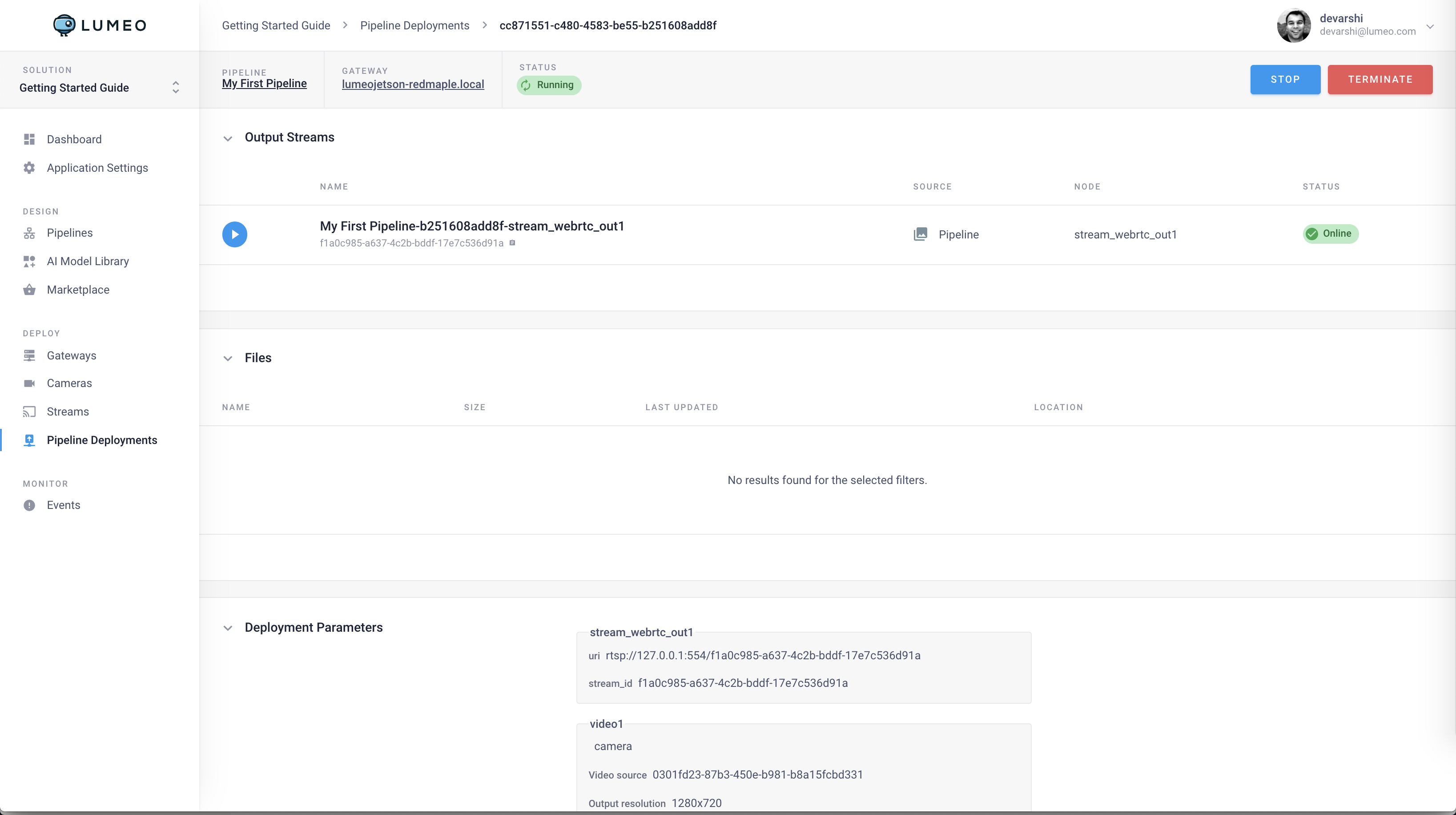 After a deployment is created, you can Start / Stop it, or Terminate (delete) it.

Did this page help you?